Upper middle grade fantasy THE SUMMER SACRIFICE will be available to buy from major online retailers as of June 21st 2014. Available in ebook and paperback form. (Audiobook to follow.)

Praise for The Summer Sacrifice

"The present world is often terrifying to a sensible adult. Hinton reflects its effect on youngsters in a powerfully imagined world that hums with poetry. In its pages, in the words of Yeats, a terrible beauty is born. Herein lies empathy, barreling adventure and an iconic heroine, Jamie Tuff."

Charles Bane Jr., award winning author of The Chapbook, and Love Poems; creator of The Meaning Of Poetry series for The Gutenberg Project, and nominee as Poet Laureate of Florida.

Meet Jamie Tuff and her friends: 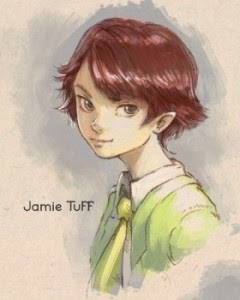 ​Jamie Tuff
"I just happen to drop into other people’s bodies now and then, but don’t worry, I can't control it!" 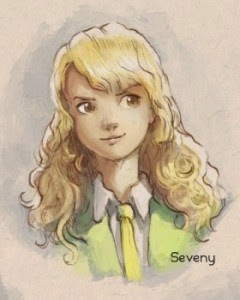 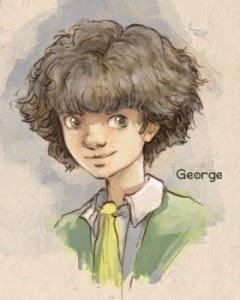 George Button “If I go to Askerwell I’ll be dragged down to hell! Can I take anyone with me?” ​Max Lively“Did you see me smash it? Blake didn’t know what was coming when I wrestled him to the ground!” 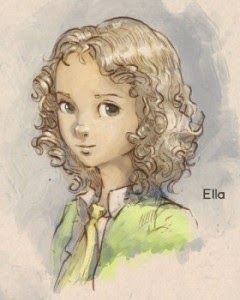 Join Jamie Tuff and friends on their adventures through land, sea and sky, in a world where stars walk and Halfhawks fly.
Portraits and group painted by David Revoy.

Welcome to the Island
​

​ No Place
Only the Island survived the Great Storm. It's quite small and just a quarter of it is inhabited.
That quarter is called No Place.

Pity Me
Pity Me is No Place's largest settlement and its capital.

The Tombland Gang
The Tombland Gang are Pity Me School's resident thugs.
As the Gang’s ranks have swollen, the number of orphans plummeting to their deaths has also grown.
The Gang do live up to their name.

Funnella Fitzgerald
“I am the Headmistress of Pity Me School and the Head of the Establishment.
But you probably all know that. At least, you ought to. . . ”

Phosphor-Jones, Head of History
“Dreaming is of little use, and not to be cultivated.”

Miss Humfreeze, Head of English
The English teacher's eyes look like they could tell a thousand tales, and her wide mouth often tells them. The manshu and juvenites love her for this, lapping up her words like they are delicious drops of non- fermented Honeydew.

No Place's Chief Doctor
“What a wonderful specimen you are! You’ll look perfect sweating out your life in my Laboratory!”

Holly grew up in a small, sleepy village in Suffolk. The acting bug hit her at age nine, when she was asked to play Baboushka in the school nativity. That same year she played the lead role of a naughty black poodle in a pet parlour themed ballet, and she thought she had made it. Years passed, but the acting bug didn’t. She went to Goldsmiths, University of London to study Drama, after which she completed her actor training at Arts Ed.

Writing a book was never part of the plan. But life’s full of swerves and surprises and ideas dropping into people’s heads. Holly had an idea drop into hers, and that idea became The Summer Sacrifice, and The Summer Sacrifice became the first book of the Master Game Series.

Holly Hinton is giving away one signed copy of The Summer Sacrifice (Paperback), and a bookmark illustrated by David Revoy. Open Worldwide!
a Rafflecopter giveaway
Posted by Unknown at 00:00